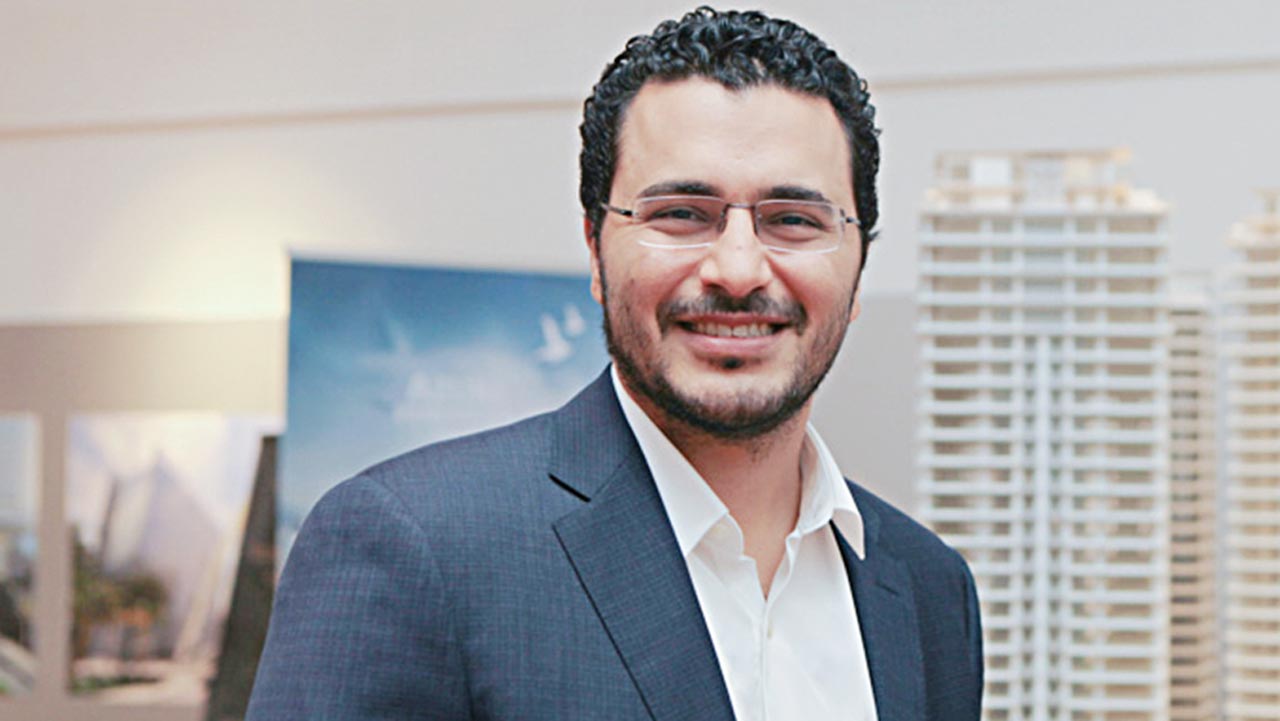 In this interview, first published by Business Insider, Ronald Chagoury Jr, the Vice Chairman of Eko Atlantic city, bares his mind on the vision and purpose of Eko Atlantic City, the challenges faced building it so far, and what the future looks like, for the city and for Nigeria.

What is the grand vision of Eko Atlantic City?

Ronald Chagoury Jr: First of all, Eko Atlantic was initially built as a defence against coastal erosion for Victoria Island and parts of Lekki. The idea behind it was how we could reclaim all the land lost to coastal erosion in the past 100 years, create long-term protection, and then become a business centre for West Africa and eventually Africa.

We believe that Lagos needs to have a financial centre and Eko Atlantic will become the platform for that to happen.

What are some of the biggest challenges you’ve faced with the project so far?

Ronald: Initially, when we were fighting the ocean, it took us a few years to master the technique. But now we understand it very well. Technically, in the beginning, there was a steep learning curve, but today, whether it’s building the state of the art infrastructure or seashore protection, we know how to do it very well.

The second step is a question of what’s really happening in Eko Atlantic. How do we get the message out to the world? As you noticed, as much as we can show you videos, it’s very different when you actually come on site and appreciate how much work has been done.

How do you think you can convince Nigerians that a project as expensive as this is good for them when most of the people in the country can’t even afford it?

Ronald: Our core business is selling land to developers. We then invite them to build. Now, we’ve been seeing a lot of demand for all sorts of products, from high-end residential apartments to efficient smaller apartment units, whether it’s one bedroom, studio apartments, two-bedrooms and there’s going to be a very much bigger market for that.

At the same time, in terms of affordability, we invite innovation. For example, the shared office spaces allow for a low entry point for startups or any company to come into Eko Atlantic. So, it comes down to innovation. Eko Atlantic is the future. We have the infrastructure, it’s state of the art, and the more people come in, the more they understand this. That’s why we see a lot of interest, especially now, for movement into Eko Atlantic.

Something that I think about a lot is, what will be the city’s contribution to Nigeria’s economy? How do you see Eko Atlantic impacting Nigeria’s economy in the next 5, 10, and even 100 years?

Ronald: First of all, on its own, the building of Eko Atlantic is a massive job creation process. During the construction phase, there’s are a lots of jobs created.

Can you estimate how many jobs have been created already?

Ronald: I mean, there have been thousands of jobs already. Then we can get to the tens of thousands if we add (jobs created) indirectly because of the supply of material, the know-how, the consultancy, it goes on.

The more we advance, the more construction comes up, and more jobs are going to be created. This is direct construction jobs and as we know, Nigeria has a huge shortage of homes. Just the construction industry can transform the employment landscape of Nigeria, directly and indirectly with all the supply of materials, consultancy, et cetera. And Nigeria is a very fast-growing country, we’re 200 million people today.

So, if Nigeria’s population is going to grow by 500% over the next 100 years, every 10 million people or 50 million people that are born will have huge requirements of infrastructure and housing, and Eko Atlantic is an example of what needs to be done.

Is there a deliberate effort to bring in Nigerians into the fold by allocating a percentage of the jobs to them?

Ronald: So far, Eko Atlantic has been probably 95% Nigerian workers, maybe more — whether it is job creation, investors or developers, our core market has been Nigeria. 90% of the work is done by companies in Nigeria or ourselves internally, the teams that we built for Eko Atlantic.

The only major element that is outsourced is the sea reclamation because that’s very specialised. Other than that, we produce our own concrete blocks, we even produce our concrete poles, most of our underground pipes are produced here in Nigeria.

Let’s talk about the housing deficit. In Nigeria, that deficit is about 17 million, according to the last research data, and Lagos has a significant portion of it. Do you see this figure falling anytime soon?

Something that can help, for example, is if at some point there’s a solution that comes up for the mortgage industry (currently, less than 3% of Nigerians own a mortgage), that would completely revolutionise the market. The amount of mortgages in Nigeria as the percentage per GDP is tiny compared to South Africa and much smaller compared to the US.

So, we have a long way to go. If that industry kicks in, it would ease home ownership which would then create a huge amount of construction projects throughout the country, that’s for the housing deficit, and it would also create more jobs. There’s a whole positive cycle that comes out from that.

So far, what have been the most exciting aspects of the project for you?

Ronald: It’s really a learning experience. Today, Eko Atlantic is an internationally recognised project, due to the size, location and quality of it. It forces us to think ahead of the curve. Transportation is changing very fast with ride-sharing, this is my favourite example. Ten or fifteen years down the line, if autonomous cars kick in, are we going to all want our own cars? That changes the way we have to design our city, our roads, our parking spaces.

If we are looking at technologies like 5G that will be coming in the near future, that opens the door for the Internet of Things. How’s that going to play a role in the city? So we have to keep these things in mind and have the base infrastructure that allows for them in the future.

It goes on. Simple things like how we are going to be living. Are we going to be living in big apartments? Do we have to start thinking about micro-apartments, like in New York or Hong Kong? Are we looking at shared living as well? That is a new concept coming out of Europe. Still early days, but are start-ups going to create Nigerian versions of it? And that could have a huge impact on the housing industry.

Most of the amenities in the home are not used 90% of the time. So, what if those were shared amenities? A kitchen, for example — a centralised kitchen versus every apartment having its own fully-equipped kitchen. That becomes efficient. If we start thinking a bit in that direction, we have a lot of talent in the country that can start finding innovative solutions for these challenges.

Final question – what do you love most about your job?

Ronald: Just that there’s a lot of innovation. As I often say, we’re coming in at a later stage of city development, which means we get to learn from a lot of the cities built in the last 30 to 50 years, we get to stay ahead of the curve and leapfrog most of the technology applied in cities.

The first buildings straight of the construction are energy-efficient because that’s the standard today. Ten years ago, it would have been a lot more difficult. Today, that’s the basic requirement so we end up having an energy-efficient city from day one. Also, we get to benefit from all the new technology coming in,that makes it exciting.