How African nations can use Artificial Intelligence to improve municipal governance 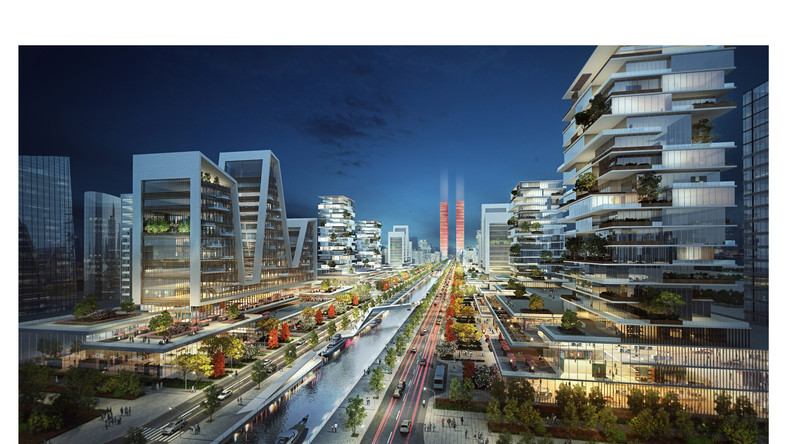 How African nations can use Artificial Intelligence to improve municipal governance

Africa is facing new challenges, such as climate change, growing populations, rapid technological change, and more. Meanwhile, cities, as engines of economic growth, are now tasked with solving these issues.

But as large and intimidating as these challenges may appear, it’s vital that we push into the future. New technologies like quantum computing, drones, and AI will allow us to be more efficient, dynamic and prepared to take on the challenges of the 21st century. That’s why I believe that nations can use Artificial Intelligence (AI) to improve municipal governance.

The future is already here

It’s clear that AI is coming. AI is already used in autonomous cars and drones. I believe it will join the printing press, the automobile, and the computer in changing the world. Let’s look at a few trends that show why AI is poised to change governance fundamentally.

The rise of the (smart) megacity. Tokyo and New York City were the only megacities, cities with 10 million people, forty years ago. Now, with over 50% of the world’s population living in cities, there are over 20 megacities, including Lagos, with approximately 21 million people. The number of megacities, specifically in Africa, is projected to increase. Nairobi, Cape Town, and Lagos are preparing for their future growth by beginning plans to transform into smart cities. There is also an African Smart City conference.

People are using technologies that enable AI. Big data, machine learning, and cognitive computing have been modernising businesses and governments for years. Cognitive analytics can generate hypotheses by drawing from a variety of potentially relevant information. It can potentially bridge the gap between these technologies and AI.

Governments are working on AI research and policy. Governments always need to be ahead of the curve. Countries are forming strategic partnerships with each other, research bodies, and universities to plan for AI’s implications. Tunisia and Kenya are the only African nations so far to start developing an AI strategy.

Give these trends, Nigeria, Africa’s most populated country, is in a great position to capitalise on the AI boom. Here are five ways AI could be used in governance at the local level.

Virtual assistants: The public sector fields thousands of questions a month from the general public, taking up valuable human resources and more importantly, time. AI-powered assistants can not only answer questions with higher speed and accuracy, but they can also learn, develop, and get smarter with each question. The US military is using virtual assistants to help prospective recruits. Think of a bureaucratic Amazon Alexa or Google Home.

Better predictions: AI can use predictive algorithms to protect governments from corruption and financial fraud. Such technologies can also predict the seriousness of wounds and help medics prioritise treatment and evacuation. Predictive AI can even forecast weather more accurately.

Reducing backlogs: When it comes to innovation, the patent office plays an important role. There are thousands of patent applications a year. Any delays to their approval can harm a business’s productivity. A study concluded that just one year of delay in reviewing patent applications that ultimately receive approval reduces a company’s employment and sales growth by 21 and 28 percent, respectively, over five years. Cities can apply the same principle to almost any government document or license entrepreneurs might apply for.

Crime prevention: AI could use facial recognition algorithms to identify criminals better. A study was conducted to conclude just that, and it was successful. Researchers trained their algorithm on 1856 different images of Chinese men, half of whom were known criminals. The algorithm was able to correctly spot the criminal and non-criminal 89.5% of the time.

The rise of Artificial Intelligence asks as many questions as it answers. Such a relevant technology is sure to revolutionise the way the world functions. Overall, these five points are just a few of the many reasons why nations should be optimistic about the future. AI will not only assist governments but businesses as well. It is critical that these sectors cooperate. By keeping these points in mind, I’m confident that we Africans can use AI to build smart and efficient cities.